My new book is out
Collect Your Copy!!

Business Reengineering: The Key to Awakening Corporate Giants Within 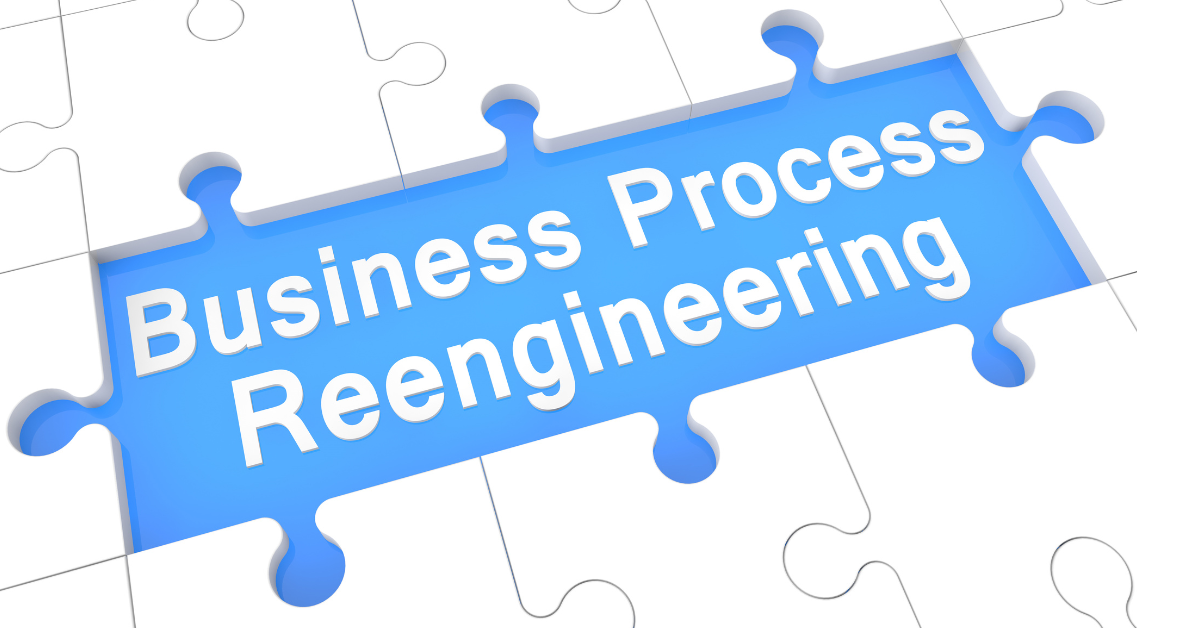 To put it briefly, it entails scrolling through the business in its entirety with a fine-tooth comb and determining which processes, functions, and policies are not functioning optimally and implementing the proper measures to achieve the optimal level of performance.

As mentioned before, the main goal of business reengineering is to improve a company’s financial position sustainably in the long term. There are however other benefits during the process that may drive business owners to pursue business engineering, such as securing debt from financial institutions as well as other forms of financing from investors. Usually, financiers require that there is a certain level of efficiency and process alignment before they put their cash in, and thus the business owner will require to do business reengineering before seeking funding.

The key elements of business reengineering include:

There are a number of companies in the public domain that have used business reengineering as a means to revive companies that were on the brink of death.

The most notable firm on the list is Apple. In 1985 Apple fired the founder of the company Steve Jobs. What followed was a downfall of the company which was greatly influenced by the products they were offering such as Macintosh TV.  There was a decline in revenue, with many prophesying the death of the company. Upon his return, he quickly grabbed the management and control of the company and through a decisive business reengineering process that involved securing funding, outsourcing certain business lines as well as a complete overhaul of the manufacturing processes. These changes completely transformed Apple’s fortune, making it the industry titan we know of now.

In the late 2000s, General Motors faced huge losses and filed for bankruptcy. As a result, tens of thousands of its workers were laid off. The sales were very low and the company’s future looked grim.
In 2008 and 2009 General Motors got an infusion of cash from the United States government worth USD 51 billion to help keep its operations ongoing and running. General Motors in its process of restructuring its operations did away with products such as Pontiac, Saturn and Hummer that were all underperforming. This cause of action saw general motors reemerge from bankruptcy in 2009. The government also decided to sell its shares and by the end of 2013, the government had sold all its shares, capping an impressive turnaround that saved an estimated 1.2 million jobs.

Ford Motor Company is an example of an iconic company that once was broken but made a huge business comeback. Before Allan Mullaly took over the managerial position as the CEO of Ford in 2006 the company was going out of business. The stock price had fallen drastically to a very low amount of USD 1.01 a share in 2008, far from its peak of USD 42.45 in 1999. The company's financial problems didn’t end there because they were in debt and in 2008 the company reported a loss of USD 12 Bn. People widely expected Ford to go out of business and file bankruptcy. However, under the leadership of Mullaly, the company made a business comeback becoming a history-making revitalization by the year 2014.

Elon Musk is the serial entrepreneur behind the invention of two projects, Space X and Tesla Motors. Tesla Motors is an example of a business comeback that has fought back from the verge of closing the business. The California- based company met its problems when financing from major investors dried up. But Elon Musk restructured the company and through his efforts, Tesla has thrived over the past few years. Today the company has more than 7,000 employees and it’s registering positive growth as customers all over the globe want to own an electric vehicle. Tesla stock is trading in the range of USD 250 a share and the company can boast a market capitalization of USD 35 billion.

These companies, each in a unique way, applied business reengineering to optimize their performance. Most of them were able to dos this by cutting inefficiencies in their production chains, while others had to rework the capital structure of their firms to raise additional capital.

Is business reengineering the solution to your business?

Talk to us at Liz Consulting, and our team of professionals will guide you on the best solutions to help you build sustainable wealth.

Thank you! You are now subscribed.
Oops! Something went wrong while submitting the form.

Connect on LinkedIn
My learning and perspectives from years of experience.

If you’ve made it this far… thank you. Shoot me a message me here if you have questions, I’d love to hear from you.